The Parasite On The Playground 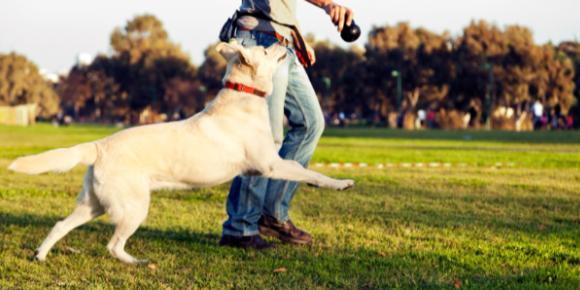 Regular fecal testing of your dog is important, and this incredible helpful article helps explain why.  Please help keep not only your pet safe, but our children safe.  Schedule a routine fecal testing for your pet!

Roundworm eggs, shed by stray dogs, can be ingested by children playing outside. The worm’s larvae have been found in the brain, experts say, perhaps impairing development.

NEW YORK — Millions of American children have been exposed to a parasite that could interfere with their breathing, liver function, eyesight and even intelligence. Yet few scientists have studied the infection in the United States, and most doctors are unaware of it.

The parasites, roundworms of the genus Toxocara, live in the intestines of cats and dogs, especially strays. Microscopic eggs from Toxocara are shed in the animals' faeces, contaminating yards, playgrounds and sandboxes.

These infectious particles cling to the hands of children playing outside. Once swallowed, the eggs soon hatch, releasing larvae that wriggle through the body and, evidence suggests, may even reach the brain, compromising learning and cognition.

The Centres for Disease Control and Prevention periodically tracks positive tests for Toxocara through the National Health and Nutrition Examination Survey. The latest report, published in September in the journal Clinical Infectious Diseases, estimated that about 5 per cent of the United States population — or about 16 million people — carry Toxocara antibodies in their blood, a sign they have ingested the eggs.

But the risk is not evenly shared: Poor and minority populations are more often exposed. The rate among African Americans was almost 7 per cent, according to the C.D.C. Among people living below the poverty line, the infection rate was 10 per cent.

The odds of a positive test rise with age, but it's unknown whether this reflects recent infections or simply an accumulation of antibodies from past encounters.

Dr. Peter Hotez, dean of the National School of Tropical Medicine at Baylor College of Medicine in Houston, calls Toxocara both one of the most common parasites in the country and arguably the most neglected.

"We know in some cases it is linked to lower intelligence and epilepsy," he said. "So if you were to look at disadvantaged kids living in poverty who are also doing lower on tests of school performance, what percentage of that can be attributed to this worm?"

While much is still unknown, "there's enough here to warrant doing a major study on a large number of children."

At the moment, research into Toxocara among Americans is so lacking that the National Institutes of Health funding website lists no grants to study it. Even many of the most basic questions are unanswered, including how often ingested eggs progress to full-blown infection.

Among the country's overlooked parasitic infections, "Toxocara is probably the one that affects the broadest range of people," said Sue Montgomery, lead of the epidemiology team at the parasitic diseases branch of the C.D.C. "Dogs and cats are everywhere. Many of them may carry the parasites."

A survey of New York City playgrounds, presented at a medical conference last year, sampled 21 parks across the city. Toxocara eggs were found in nine parks. Three quarters of samples taken in the Bronx contained eggs in the larval stage, which are more infectious. No parks in Manhattan had eggs with larvae.

(The researchers declined to name the parks, saying the data were preliminary.)

In some cases, larvae from Toxocara enter the eyes and cause blindness. They can also infect the liver and lungs, leading to a potentially damaging inflammatory reaction.

Usually, however, signs of infection are more subtle: a slight fever, fatigue, abdominal pain and cough — symptoms that describe any number of illnesses. Few pediatricians think to test for Toxocara.

Untreated, the infection may clear on its own after months or even years, "but we don't know for sure," Dr. Hotez said.

A C.D.C. survey published in October found that 85 per cent of pediatricians admitted to only passing familiarity with the infection, called toxocariasis; given a description of symptoms, slightly less than half of the doctors correctly diagnosed it.

When infection is recognised, it can be treated with the anti-parasitic drug albendazole, Dr. Hotez said.

"Nobody is dying here," he said, "but it is potentially causing developmental delays that are affecting quality of life, and the economic impact is far greater. It could trap children in poverty."

In 2014, he published his only contribution to a mental health journal, in JAMA Psychiatry, arguing that parasitic infections such as toxocariasis "likely account for a substantial yet hidden burden of mental illness in the United States."

To what extent, no one can say. The scientific literature contains only scattered reports of Toxocara worms discovered in the central nervous system.

"We know that larvae go to the brain in humans," said Celia Holland, a parasitology professor at Trinity College Dublin in Ireland. But beyond that fact, she says, "we know very little."

Dr. Holland has conducted experiments finding that mice with Toxocara larvae in the brain showed reduced learning ability and less inclination to explore.

The greater the degree of infection, the greater the impairment. In prolonged research on mice with extreme infections, "we had to terminate the experiments for ethical reasons because their locomotion started to be affected," she said.

One of the few studies to examine whether cognitive achievement correlated with Toxocara infection in people was published in the International Journal for Parasitology by two researchers at SUNY Downstate Medical Center in Brooklyn.

Using a cross-section of national data, they found that the mean test scores were lower among children who tested positive for exposure to Toxocara, even after accounting for other known influences such as household income and lead levels in blood. Another study by researchers at Brigham Young University, published in 2015, found a similar association in adults.

"In an economy where expertise and performance is increasingly valued, increasingly measured and increasingly plays a role in the work force, this could have broad implications," said Lance Erickson, a sociology professor at Brigham Young University and one of the report's authors.

Nonetheless, the impairment does not appear to be severe, which is likely why Toxocara receives little notice. "What we don't see is easy to ignore," Dr. Erickson said. "There isn't a story to wrap around it to make it emotionally salient for people. That's what tends to get political attention and financial attention."

Dr. Hotez is more blunt: "If this were a disease of wealthy kids in Brookline, Mass., and Bethesda, Md., and Westchester, N.Y., we'd be all over it."

After unsuccessful attempts to obtain government grants to research Toxocara, Dr. Hotez approached Congress, meeting in December 2016 with Sen. Cory Booker, Democrat of New Jersey. According to a spokesman, Mr. Booker plans to introduce legislation to further examine the impact of overlooked infections in the United States, Toxocara among them.

"It's hard for people to accept that it could be having the effect that it is," said Dr. Holland, of Trinity College. "We don't really know its impact, which is frustrating. These are larvae burrowing through the brain. It's not something that any mother or father of a child would welcome."

Thank you to THE NEW YORK TIMES for this very helpful article!