Tick Borne Diseases And Your Pet 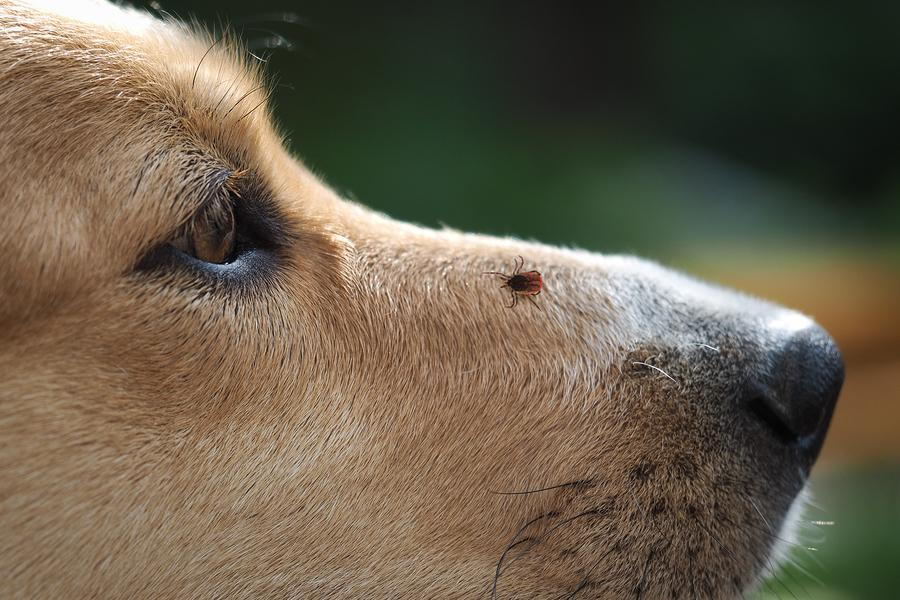 Protecting your cat or dog (or both) from ticks is an important part of disease prevention. In fact, there are several diseases that can be transmitted to your pet from a tick bite. Some of the most common tick-borne diseases seen in the United States are Lyme disease, Rocky Mountain spotted fever, ehrlichiosis, and tick paralysis. Here we will briefly discuss these and some of other tick-borne diseases that affect dogs and cats.

Dogs in the south central and southeastern U.S. are at greater risk of contracting American canine hepatozoonosis (ACH). This tick-borne disease is brought on by the actual ingestion of a nymphal or adult stage Gulf Coast tick, rather than by transmission through attachment and biting by the tick. It is suspected that the ingestion takes place during self grooming, or when the dog eats an infected animal. Infection is severe and often fatal. Symptoms include high fever, stiffness and pain upon movement, weight loss, and complete loss of appetite. The muscles will begin to waste away; this outward symptom will become most apparent on the dog’s head. Discharge from the eyes is also very common. Treatment with anti-parasitic drugs, along with anti-inflammatories and antibiotics, is necessary for some time after diagnosis. If the dog recovers, follow-up medication for several years may be necessary as relapse is possible.

Cytauxzoonosis is a tick-borne disease found in cats; it is more commonly reported in the south central and southeast U.S. Cats with cytauxzoonosis may develop anemia, depression, high fever, difficulty breathing, and jaundice (i.e. yellowing of the skin). Treatment is often unsuccessful, and death can occur in as short as one week following infection. Immediate and aggressive treatment with specialized drugs, intravenous fluids, and supportive care are typically necessary. Cats that recover from cytauxzoonosis may be carriers of the disease for life. There is currently no vaccine for this disease, so tick prevention is important.

Protozoa, those tiny single celled animal-like organisms, are to blame when dogs and cats are diagnosed with babesiosis. Ticks transmit the protozoan organism to animals and it sets itself up in the red blood cells, causing anemia. Signs of babesiosis in dogs are typically severe, including pale gums, depression, dark-colored urine, fever, and swollen lymph nodes. In severe cases, the dog may collapse suddenly and go into shock. Currently, no vaccine is available for protection from babesiosis, which is usually reported in the souther U.S.

Also known as rabbit fever, tularemia is caused by a bacteria carried by four varieties of ticks in North America (though fleas may also transmit the disease). Cats are usually more affected by this condition than dogs. Symptoms in dogs are reduced appetite, depression, and a mild fever. Cats will exhibit high fever, swollen lymph nodes, nasal discharge, and possibly abscesses at the site of the tick bite. Antibiotics are given to treat tularemia, for which there no preventive vaccine. Keeping pets indoors and using flea and tick control measures will help protect your pet from acquiring tularemia.

Transmitted by both ticks and fleas, haemobartonellosis is caused by an organism that targets red blood cells in the affected animal, leading to anemia and weakness. This condition affects both dogs and cats. In cats, the condition is also known as feline infectious anemia. In dogs, the disease is usually not apparent unless the animal already has underlying issues. Diagnosis of haemobartonellosis is done by examining blood samples to look for the organism. Treatment with antibiotics must be given for several weeks, and in some animals transfusions may be necessary.

Tick paralysis is caused by a toxin secreted by ticks. The toxin affects the nervous system in mammals. Dogs affected become weak and limp, while cats don’t appear to have much trouble with the condition. Signs begin about a week after an animal is first bitten by ticks. It typically begins with a weakness in the rear legs, eventually involving all four limbs, followed by difficulty breathing and swallowing. Death may result if the condition progresses further. Depending on the severity of the condition, supportive treatment (e.g. breathing assistance) may be needed. An antitoxin is also available.

Deer ticks and western black-legged ticks carry the bacteria that transmit canine anaplasmosis. Another form of anaplasmosis (caused by a different bacteria) is carried by the brown dog tick. Both dogs and cats are at risk for this condition. Signs of anaplasmosis are similar to ehrlichiosis and include pain in the joints, fever, vomiting, diarrhea, and possible nervous system disorders. Pets will usually begin to show signs of disease within a couple weeks after infection. Depending on the severity of the infection, oral antibiotics are given for up to a month for treatment.

Ehrlichiosis is transmitted to dogs by the brown dog tick and the Lone Star Tick. Symptoms, which appear less than a month after a tick bite, include depression, reduced appetite (anorexia), fever, stiff and painful joints, and bruising. Antibiotics are usually given for up to four weeks to completely clear the organism. There is no vaccine available for ehrlichiosis.

Rocky Mountain spotted fever (RMSF) is commonly seen in dogs in the east, Midwest, and plains region of the U.S. Cats can also be infected with RMSF, but the incidence is much lower for them. It is transmitted by the American dog tick and the Rocky Mountain spotted fever tick, though the tick must be attached to the dog or cat for at least 5 hours in order for transmission of the organism to occur. Signs of RMSF may include fever, reduced appetite, depression, pain in the joints, lameness, vomiting, and diarrhea. Some animals may develop heart abnormalities, pneumonia, kidney failure, liver damage, or even neurological signs (e.g. seizures, stumbling). Oral antibiotics are used for about two weeks to treat RMSF, for which there is currently no vaccine available.

Also called borreliosis, Lyme disease is caused by the bacteria Borrelia burgdorferi. Deer ticks carry these bacteria, transmitting them to the animal while sucking its blood. The tick must be attached to the dog (or cat) for about 48 hours in order to transmit the bacteria to the animal’s bloodstream. If the tick is removed before this, transmission will usually not occur. Common signs of Lyme disease include lameness, fever, swollen lymph nodes and joints, and a reduced appetite. In severe cases, animals may develop kidney disease, heart conditions, or nervous system disorders. Oral antibiotics are used to treat Lyme disease. There is also a a vaccine for Lyme disease available for dogs (though there is currently none for cats). If you live in an area where deer ticks are endemic, you should have your dogs vaccinated yearly.

Need flea and tick prevention for your dog?

We proudly offer Credelio at both our Westhampton Beach Animal Hospital and Peconic Bay Animal Hospital locations!  This one per month oral preventative comes in an easy to chew, tasty treat, and will help protect your pet.  Please contact us today to get your pet set up for health success, and be tick free this 2019 season! 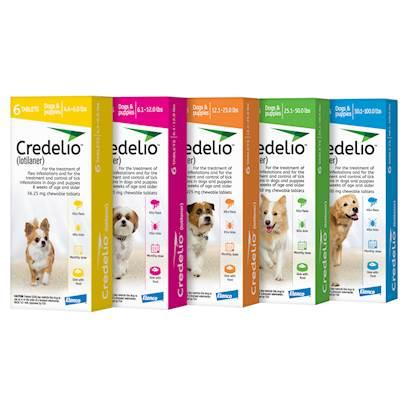 Thank you to petMD.com for this wonderfully helpful article!